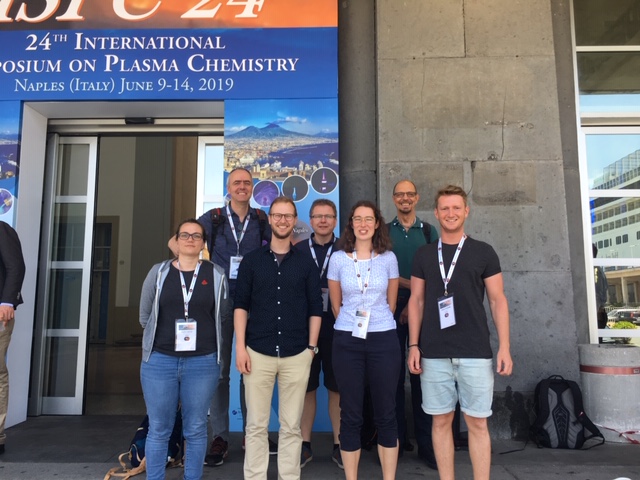 Between June 11th and 14th, the 24th International Symposium on Plasma Chemistry took place in Naples, Italy. A group of seven peole from the CRC 1316 as well as from the SFB-TR 87 joined the meeting. An honour was given to Achim von Keudell, who had a plenary talk on High power impulse magnetron sputtering – extreme plasmas for extreme materials. Also, Julia Bandow from project B8 of the CRC1316 had an invited talk on Plasma meets biotechnology – coupling plasma and enzymatic reactions. Further, Marc Böke had a talk on Separated effects of plasma species and post- treatment on the properties of barrier layers on polymers and Patrick Preissing presented his work on NO production in the COST Reference Microplasma Jet and a dielectric barrier discharge measured by means of Laser Induced Fluorescence (LIF).